The most sensitive microelectrode array system for in vitro extracellular electrophysiology.

Reveal important extracellular signals that can be hidden by other systems!

The most sensitive (The best signal-to-noise ratio)

Thanks to the industry’s lowest-impedance electrodes, the MED64 can provide the lowest baseline noise level which can reveal important signals that may be hidden by other systems.

Recording inside of a humidified incubator

A general rule for electrophysiology system is “The head amplifier needs to be placed close to electrodes”. However, MED64’s low-impedance electrodes do not even require this configuration. The MED Connector (holding the MEA) is connected to the amplifier via a 2 meter long cable, that does not generate signal attenuation.

Recording from cultured neurons in an incubator

Stimulation using planar microelectrodes is more challenging than recording. One of the reasons is stimulated electrodes need some time to discharge. This phenomenon appears as “stimulus artifacts” that interfere with signals coming right after the stimulation.

The MED64’s low-impedance electrodes discharge instantly, so the stimulus artifacts return to 0 within 0.5 msec. Evoked signals can be clearly measured immediately after stimulation. MED64’s excellent stimulation capabilities are validated by hundreds of publications. 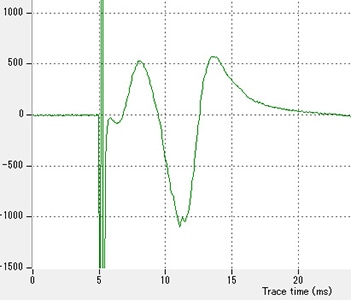 A rate limiter for stimulating with MEAs is that voltage charged to planar electrodes must not go beyond 1V to avoid electrolysis. This could hamper the amplitude of the current that can be delivered through an MEA.

The MED64’s planar microelectrode has much higher capacitance (22,000 pF for 50 μm electrode) relative to other commercially available MEA, enabling large current-driven stimulation (up to 200 μA) to all electrodes of the MED64.

What is the reason for the low-impedance?

This dilemma can be solved by making electrode surface rough on the nano level. The planar microelectrode of the MED Probe is coated with platinum black using a unique technology that Panasonic/Alpha MED established. This manufacturing method dramatically increases the electrode surface area 100-200x larger and its impedance decreases accordingly. 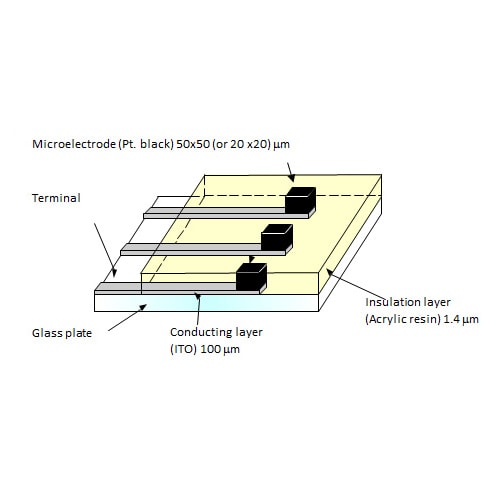 Electrode structure in the MED Probe (left) and close-up view of a platinum black electrode (right). 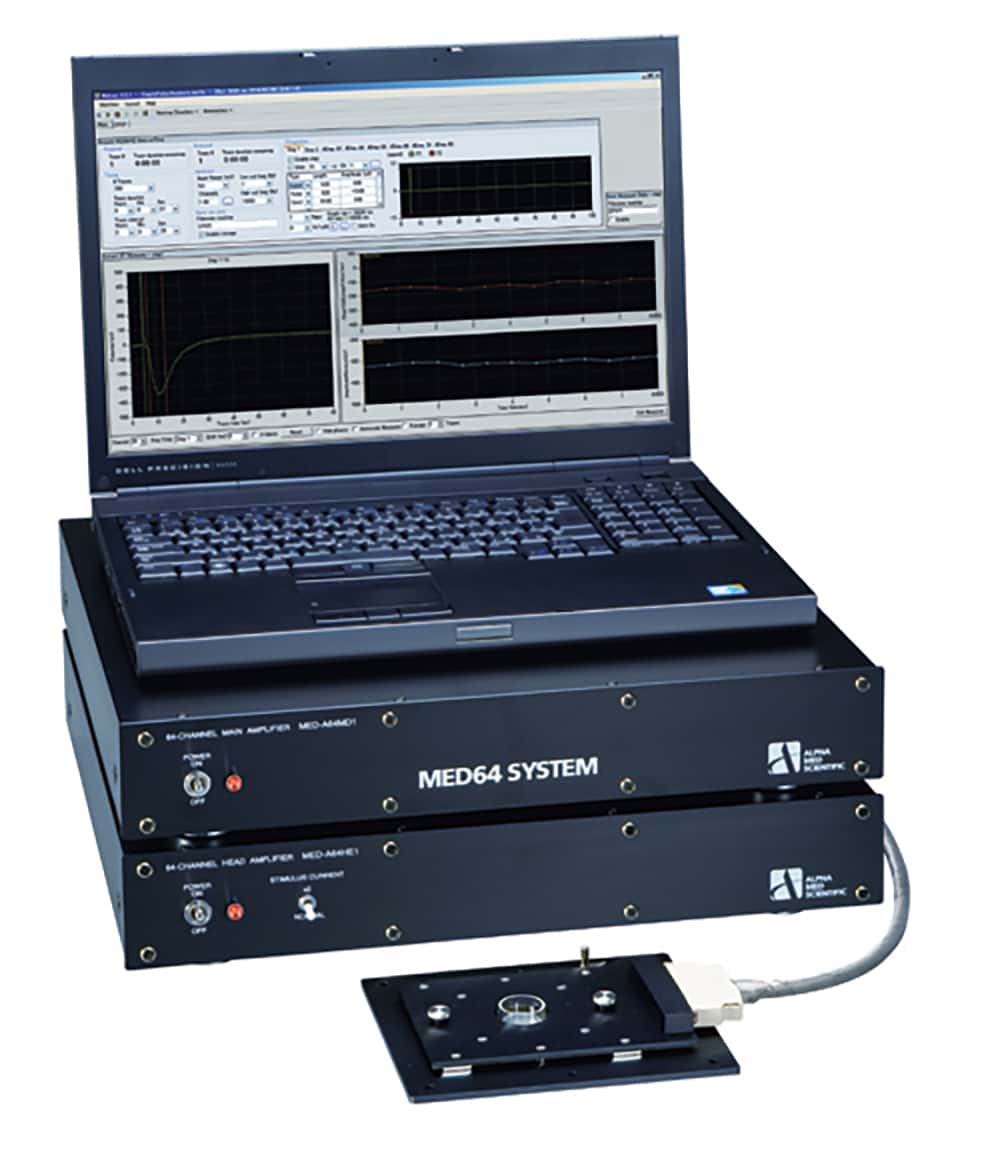 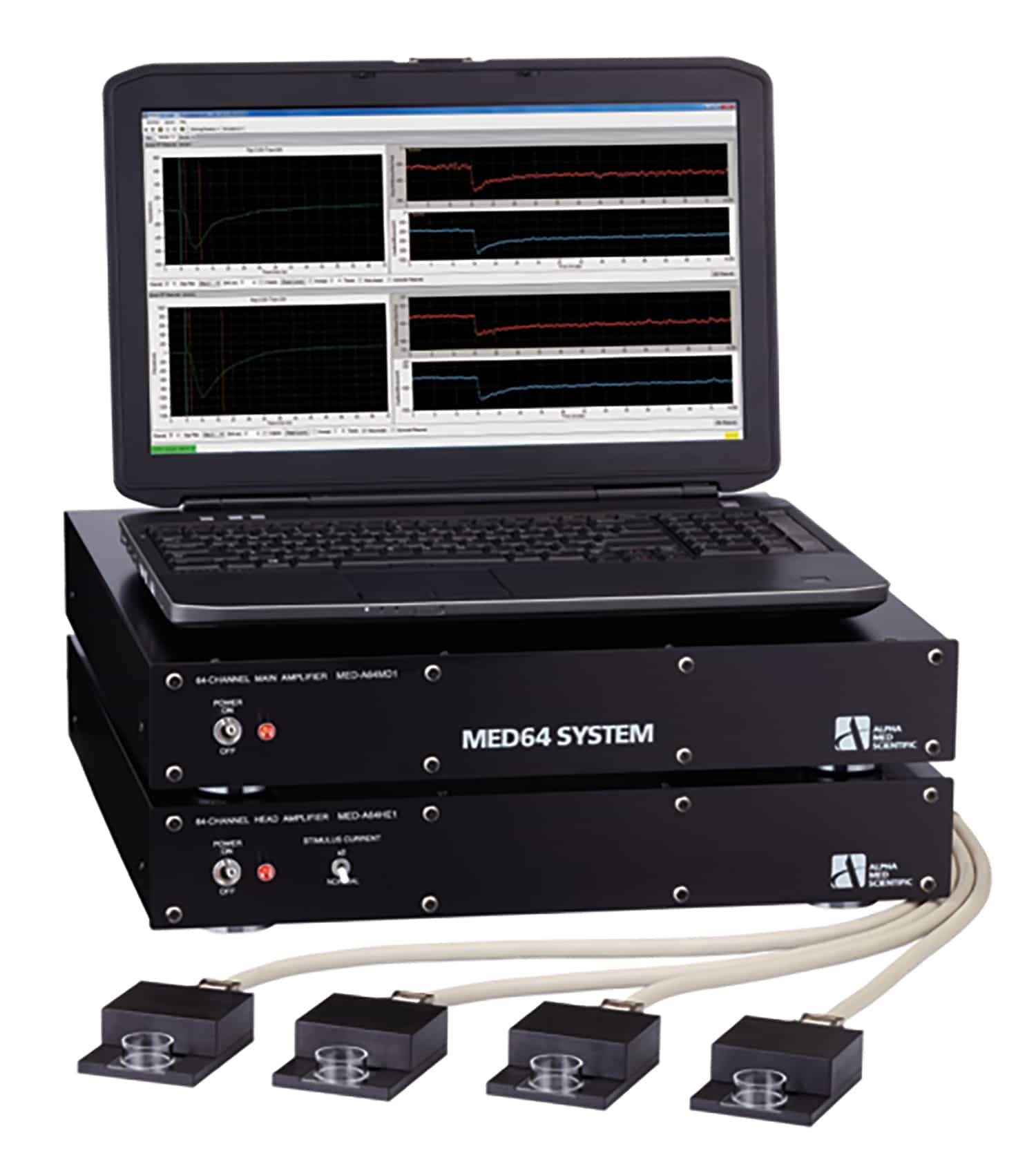 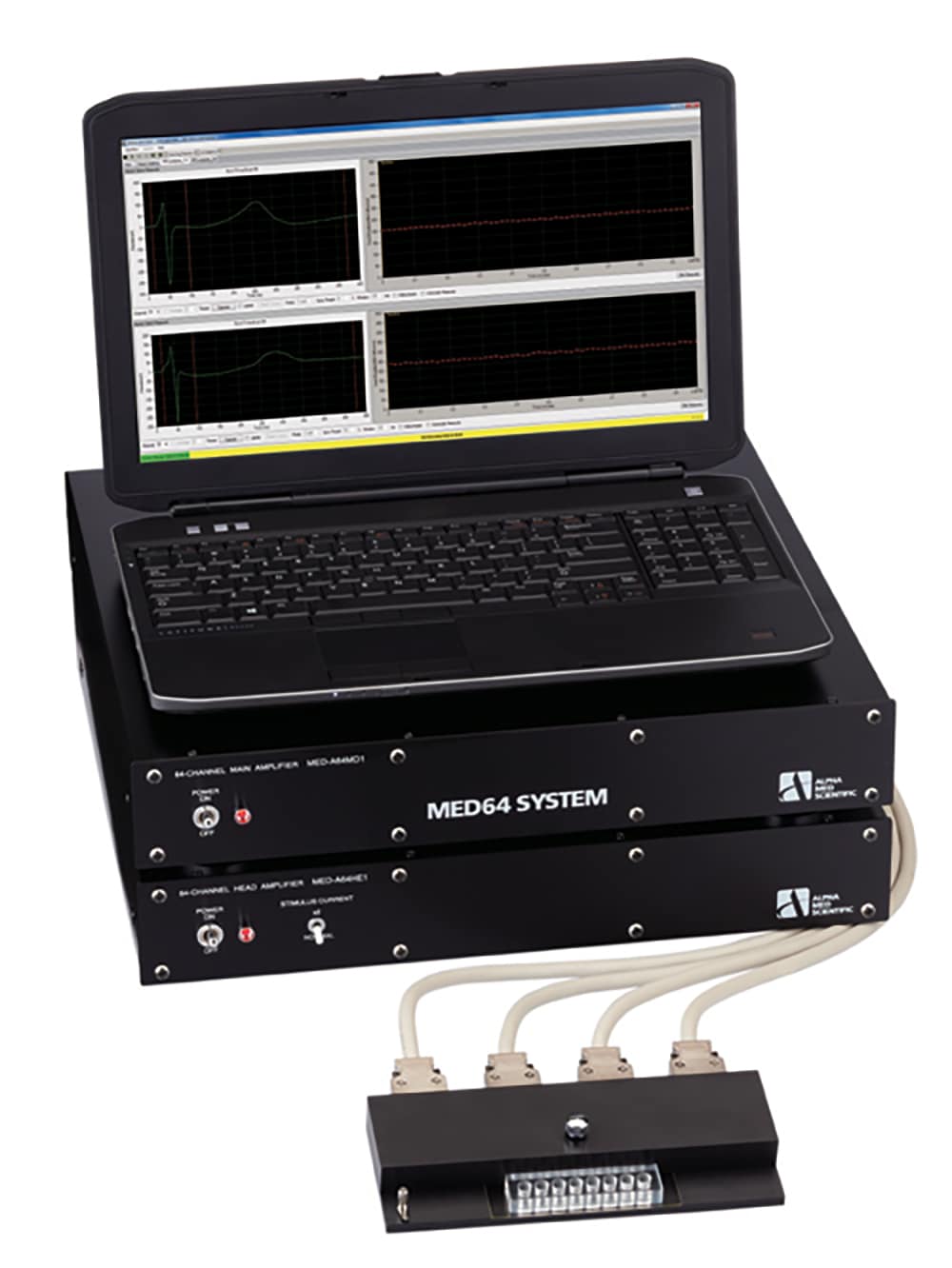 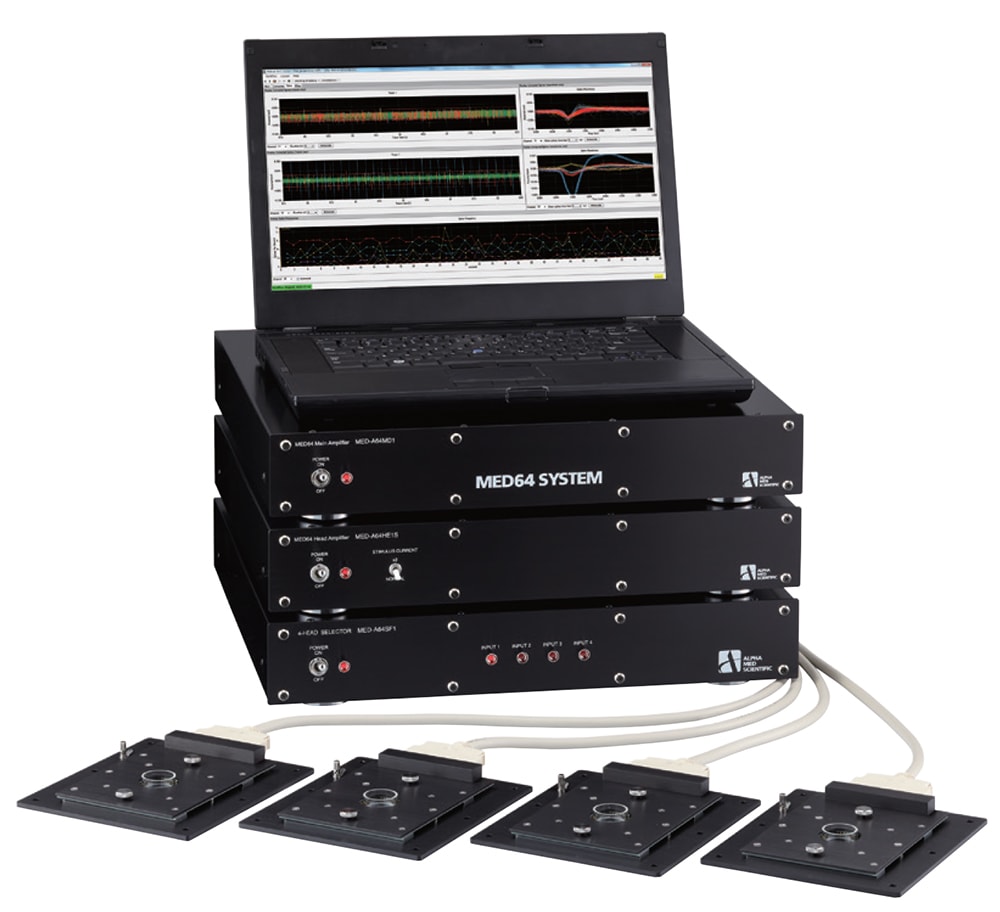 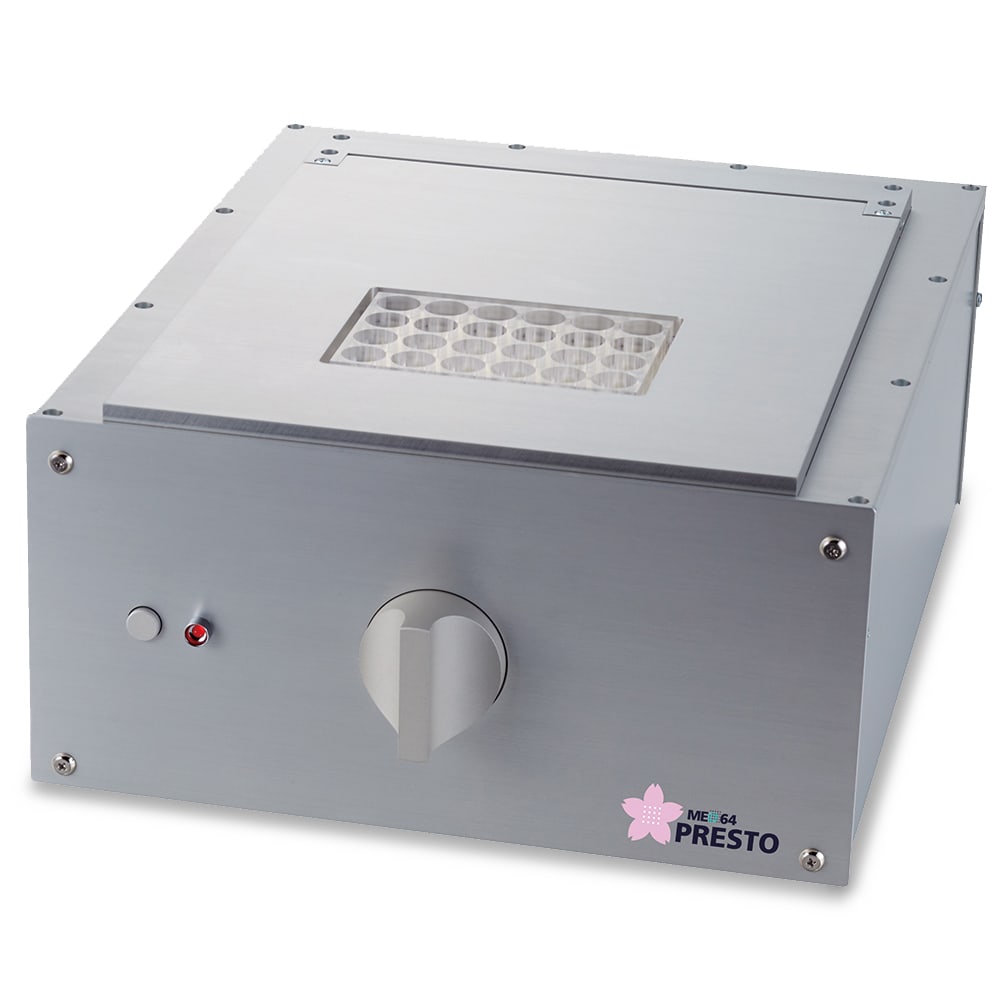 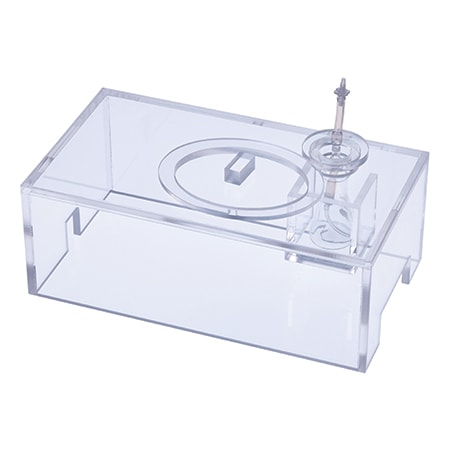